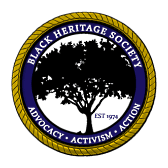 THE SPIRIT OF
DR. KING

The Martin Luther King, Jr. Memorial Project-Houston represents an elongated effort by the Black Heritage Society’s (“BHS”) Chairman and Chief Executive Officer, Ovide Duncantell to recognize, sustain, and keep Dr. Martin Luther King, Jr. “Legacy” and “Dream” alive forever. Although the project was first envisioned by the BHS organization and past before the full [City] Council in 1980, the project laid dormant for more than 33 years because the Houston Arts Alliance could not guarantee that Dr. King’s Statue “would not” be constructed in “abstract.” However, who would have known that future rail transportation plans would once again open the dispute when the Metropolitan Transit Authority decided to build a transit rail down Martin Luther King, Jr. Blvd. that directly breach the standing sentinel [Live Oak Tree] conveyed onto the BHS organization pursuant to council resolution 80-265. As such, the project has now been revived and scheduled for completion April of 2014.

Dr. Martin Luther King, Jr. led our country from legal segregation and racial isolation toward civil rights and economic opportunity for all. While ministering to his church, Dr. King traveled from city to city leading those already engaged in the struggle for civil rights and mobilizing people from all walks of life. He was a compelling model of engaged citizenship and a catalyst to civic participation for millions. The Martin Luther King, Jr. Memorial Project teaches about Dr. King’s commitment to bring justice to the disenfranchised. This project embraces the importance of each person making a positive contribution to the world and the importance of education as a tool enabling each person to make a greater contribution. The memorial was designed to develop strategic community programs that commensurate the world legacy of Martin Luther King, Jr. and serve as a monument that exemplifies freedom, opportunity and justice.